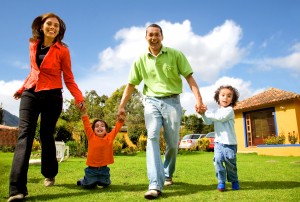 It is one of the strangest aspects of our human nature, yet a trait that’s universal. In any city on the planet, a crowd will gather at the scene of an accident. When a domestic dispute erupts inside a restaurant, the world puts down their forks, and stops to watch. Why is it we are so strangely drawn to conflict and drama, when there is so much beauty here on earth?

Violence is something that none of us wants to be a victim of, yet we seem to spend so much time worrying over it. The media certainly doesn’t help. They seem positively obsessed with reports over a kidnapping, shooting, or robbery gone bad.

Sadly, Mission, Tx is one of many areas that has been on the receiving end of a lot of sensationalist reporting, paranoia, and fear mongering in regards to the border violence in Texas. The most frustrating thing is, most of what’s being said simply isn’t true. The “facts” and figures are presented with little or no context, nor with any comparison to similar cities in the country. Sure, we’ve had our ups and downs, the same as any other city, in every other state. Right now however, our city is the safest it’s been in years.

Here in Mission, Tx, we have actually seen a dramatic decrease in crime, as well as a considerable drop in the number of illegal immigrants making their way into our state. Our Chief of Police, Mr. Robert Dominguez, and a recent report commissioned by the Mission Police Department, have both confirmed what Mission, Tx residents already knew. That this city is safer than it’s ever been.

It’s no accident, of course. There has been a concerted and coordinated effort, on the part of law enforcement officials throughout the communities of the Rio Grande Valley, to take a tough stance of crime. The increased number of police that are out and about, patrolling our streets, is a big part of the reason we’ve seen a dramatic decrease in crime. If you ever need a helping hand, or just some friendly advice in Mission, you won’t have to go far to find it.

Mission, Tx draws people from around the country, and the world, with her beauty, her friendly people, and her fantastic climate. There is year round sunshine, in a safe and prosperous atmosphere. We’ve got a population of over 80,000 permanent residents in Mission, and a large percentage of those are young families. Like everyone in Mission, Tx, we take their security and safety seriously. Youth are the future of our nation, and it’s our future that’s at stake. We’ll do whatever it takes to protect it.

New residents get it. Just look at how we’re growing! A booming real estate market is just one indication of how many people we’re drawing to the prettiest corner of the state. An article in the Wall Street Journal noted that between 2007 and 2012 the value of Mission’s taxable residential property grew from 2.6 billion to over 3.2 billion dollars! And residential property means houses, villas, apartments and luxury condominiums to buy and, for guests to our city, to rent.

It seems that despite the media hysterics, real people are taking to life in Mission just fine. Winter Texans that have been repeat guests for years sure seem to keep coming. We’ve seen an increase in the number of seasonal visitors, just as we’ve witnessed an influx of permanent residents.

Ruth, who has been a Winter Texan for 8 years now, says, “I love the Rio Grande and spend most of the year here. My husband and I have been coming here since 2006 and we have never encountered any problems. We live in a fenced, gated community, and feel very safe when we are out and about throughout the Valley. The cost of living is less expensive than anywhere else, the people are the friendliest of anywhere we’ve lived, we feel safe traveling to Progreso, and we get all of our dental work done there. There are lots of activities and events going on year round here. You never have to shovel snow or worry about falling on the ice in the winter months. This a magical area in which to live.”

As you can see, year after year, we welcome thousands of visitors here to take in the spectacular scenery, and a warm and sunny climate that just can’t be beat. Join us this winter in Mission and experience the kind of lifestyle we enjoy. Despite some of the sensationalist reporting that is out there, our Mission community borders on the beautiful Rio Grande Valley, not the paranoid.
** Article from Wall Street Journal, July 27 2012 by Robbie Whelan

Why Mission, Texas is the #1 Winter Destination in the U.S. For RetireespreviousPolice chief reassures Winter Texans: RGV is safenext
We use cookies on our website to give you the most relevant experience by remembering your preferences and repeat visits. By clicking “Accept”, you consent to the use of ALL the cookies.
Do not sell my personal information.
Cookie SettingsRead MoreAccept
Manage consent

This website uses cookies to improve your experience while you navigate through the website. Out of these, the cookies that are categorized as necessary are stored on your browser as they are essential for the working of basic functionalities of the website. We also use third-party cookies that help us analyze and understand how you use this website. These cookies will be stored in your browser only with your consent. You also have the option to opt-out of these cookies. But opting out of some of these cookies may affect your browsing experience.
Necessary Always Enabled
Necessary cookies are absolutely essential for the website to function properly. These cookies ensure basic functionalities and security features of the website, anonymously.
Functional
Functional cookies help to perform certain functionalities like sharing the content of the website on social media platforms, collect feedbacks, and other third-party features.
Performance
Performance cookies are used to understand and analyze the key performance indexes of the website which helps in delivering a better user experience for the visitors.
Analytics
Analytical cookies are used to understand how visitors interact with the website. These cookies help provide information on metrics the number of visitors, bounce rate, traffic source, etc.
Advertisement
Advertisement cookies are used to provide visitors with relevant ads and marketing campaigns. These cookies track visitors across websites and collect information to provide customized ads.
Others
Other uncategorized cookies are those that are being analyzed and have not been classified into a category as yet.
SAVE & ACCEPT